Editor’s note: Today’s Asia Wealth Investment Daily is written by Eric Wade, who recently joined us here at Stansberry Churchouse Research as the co-editor of Crypto Capital. Eric has been involved in crypto for years. He was one of those guys who was so early into bitcoin that he could mine it on his laptop. Since then, he has mined dozens of other cryptos. He’s invested to make big profits in this space… like a 30x profit by buying Verge under a penny… a 22x profit on SiaCoin… a 30x profit on the Substratum ICO… and a 4x return on Stratis and Civic in 60 days. I’m thrilled that he’s joined our team – and I’m sure you will be too. This is Eric now…

You probably haven’t noticed… but one technology has been infiltrating our daily lives – from how we send money to friends, to how musicians are paid and even to how we vote.

I’m talking about the blockchain. 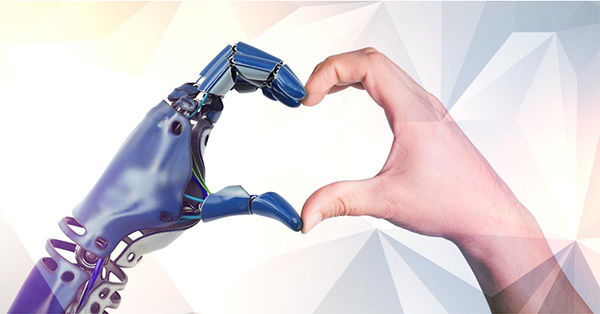 When most people hear the world “blockchain,” they think about bitcoin.

Blockchain is the technology that powers bitcoin. But it’s a whole lot more.

The Bitcoin blockchain is a network of computers, known as miners, that verify transactions. Every ten or so minutes the transactions are locked in place. Then another block is added, which forms a “chain” of secured and verified transactions.

In short, blockchain is the basic building block that allows bitcoin to exist separately of authorities and central banks. (You can learn more about the blockchain here.)

So after bitcoin’s 70 percent selloff since December 2017, it’s not surprising that bitcoin bears are now wondering how the technology will survive.

But the blockchain technology is a lot more than just what powers bitcoin.

1. Diamonds: The DeBeers Group is using blockchain to track the importation and sale of diamonds. The next DeBeers diamond ring you buy is likely going to be inventoried and monitored from mine to finger using blockchain technology. You are assured to get what you pay for.

2. Fishing: Commercial fishing companies are using blockchain technology to provide a publicly transparent record of the exact location where they are fishing. This assures consumers and authorities the fish were legally landed and should help with sustainability efforts.

Our new book reveals how
spotting the “J Curve” can translate
into 3,498% crypto gains 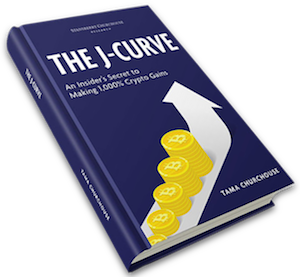 Claim your copy now to learn the most powerful strategy
that exists for making a fortune in the crypto market.

4. Music: Indie singer Imogen Heap is one of the numerous artists and startup companies who have created blockchain and distributed ledger technology (DLT) solutions for musicians to collect their royalties, track the creation of creative works and maintain privacy for the artists.

5. National security: The United States Department of Homeland Security uses blockchain technology to store data from security cameras safely. If you have traveled into or out of the United States, recently your safe passages may have been thanks to blockchain.

6. Endangered species: Care for the Uncared, a non-governmental organisation based in Uganda, has created a blockchain initiative to protect endangered species like blue whales, Indian tigers, Asian elephants and giant pandas. The technology is instrumental in tagging and monitoring threatened species not just in zoos and preserves but also in their natural habitats.

7. Gambling and wagers: Skilled gamblers know the house always has a small edge – but blockchain technology makes sure everything is fair, transparent and by the book. Many online gamblers are beginning to wager on sites powered by the public ledger of the Ethereum network. Right now, there are 79 different cryptos to choose from for fans of online betting and gambling. And there are hundreds of billions of tokens in play every day.

8. Voting: The town of Zug, in Switzerland, has already used the blockchain to create an eID – a single electronic identity – which serves as a kind of digital passport for municipal services for residents. The eID is encrypted and allows Zug residents to pay fines and fees and other services.

Zug is also testing the technology for a municipal election. The results of the votes over the crypto-powered system will be non-binding, like a referendum. But the voters are still using it.

So regardless of the volatility in the price of bitcoin, blockchain innovation and use in our daily lives is growing – whether we know it or not. And it’s here to stay.

Throughout his career, Eric Wade has been an internet entrepreneur, a Certified Financial Manager at the largest American retail brokerage, an angel investor and a cryptocurrency miner and investor. He was also the founder of a family business that was recognised locally and internationally.