A lot of people hate cryptocurrencies… the very idea of them. And they hate them with a passion that’s almost palpable.

But it’s also the case when you’re considering investing in an asset class in the first place. I may not invest much in (for example) bonds… and someone else may just not “get” real estate as an investment. But the moment that emotion (“Real estate is falling? Hah! I knew it! It’s such a pointless asset class. All those ridiculous real estate bulls are suffering now!” – said no one, ever, during a real estate market correction) clouds your ability to even consider investment in an asset class – well, that’s a problem, and a potentially extremely expensive one.

And it’s a problem that’s plaguing a lot of (potential) cryptocurrency investors right now. And it’s preventing them from considering what I believe could be a true watershed…

What a Melt Up means for ordinary Americans

Financial PhD predicts the market is about to soar higher than you could ever imagine, faster than you thought possible. On October 24th, he’s hosting a complimentary event with some of the biggest names in finance to show you how to play it. Go here to save your spot.

I think that cryptocurrencies are at the stage of the internet in 1994. Some people believed it was something explosively powerful… and others thought it was a waste of space… and most people didn’t think too much about it. Soon thereafter, anything internet related went through a period of massive speculation (see: Pets.com… and the 1999-2000 internet bubble), followed by a massive bust.

And now, nearly two decades later, the internet is an essential fabric that weaves together society and civilisation. It’s found its way into nearly every realm of life and many of us even have more than one internet device that we use for hours a day. For the most part, it’s made the world a more efficient, smarter, richer place. It wasn’t quick or easy, and vast fortunes were gained and lost along the way. But anyone who doubted the appeal of the internet in 1994… well, they were wrong.

Where the internet has come today is how I think the evolution of blockchain will unfold over the next 20 years (or less… since – thanks in no small part to the internet – everything moves so much faster today). Maybe bitcoin will be a relic of an era, like AOL’s modem buzz and greeting. Or maybe it will be Amazon, a victor that’s redefining entire industries. But in any case, the applications of blockchain will re-script entire sectors, and upend our assumptions about technology and its application in everything from medical care to logistics.

That’s what I think. But many people clearly think otherwise.

So I’ve tried to understand the reasoning behind their thinking… I’ve come up with six reasons why some people hate cryptocurrencies:

Of these, only #1 makes sense. (But don’t get me wrong. I’m not saying they’re right. Blockchain is making its way into our daily lives whether you like it or not.) 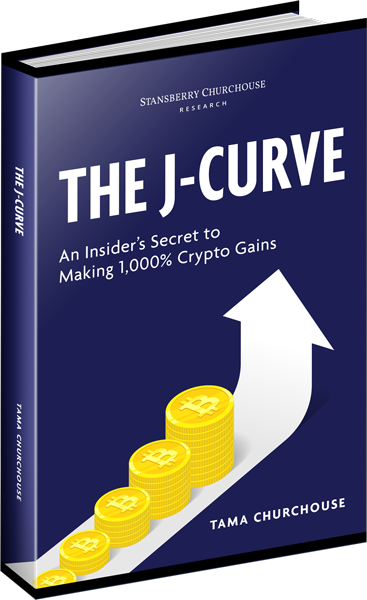 If you find yourself nodding in agreement to #2-6 (or a number 7, 8 or 9 that I’m overlooking), you owe it to yourself to at least try to achieve #1 – or be convinced otherwise along the way.

How? Browse our articles about cryptocurrencies.

And if you’re ready to give cryptocurrencies a try, Strategic Wealth Confidential is a great way to get started. You’ll learn exactly how cryptos like bitcoin work… the basics of investing, step-by-step… and the best cryptos to get started with today. You’ll thank yourself later.