While half of the world was sleeping, the world’s biggest consumer frenzy happened on Sunday.

By the end of the day on November 11, 2018, the total value of orders processed by Alibaba’s online stores in China alone hit US$30.8 billion.

That’s equivalent to US$356,480 of goods sold online every single second… for an entire day.

It was 22 percent higher than last year’s US$25.3 billion one-day sales haul.

That was less than last year’s 39 percent growth. That was to be expected, as the rule of big numbers means that as a number is bigger, the rate of growth inevitably slows. 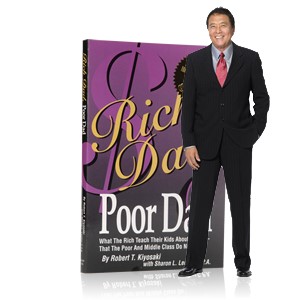 Robert Kiyosaki, author of the #1 best-selling personal finance book of all time.

Is revealing something BRAND-NEW.

It’s FREE to watch online… but space is limited.

But the growth of China’s e-commerce industry is extraordinary. In 2011, Singles’ Day generated US$820 million in sales. So in the span of just seven years, this figure has increased 3,650 percent.

What else is to be learned from Singles’ Day 2018? Three thoughts…

Markets have recently been spooked by the prospect of a slowdown in China’s economy.

One of the big dangers of the U.S.-China trade war is that people in China will stop buying as much stuff. That’s because less trade means less manufacturing activity, which in turn leads to layoffs – and lower consumer spending.

Since Chinese are avid savers, the prospect of a weaker business climate due to the trade war is reason to expect people in China to buy less than they might otherwise.

But if there’s anything that 22 percent year-on-year growth in Singles’ Day sales tells us, it’s that the Chinese middle class is alive and well.

That growth is also more than double the growth in China’s overall retail sales at 9 percent.

Moreover, it’s happening at a time when the Chinese stock market is at its lowest in four years, a property market that is being forced by the government to slow down, and national GDP growing at the slowest pace since 2009.

ALERT:
The J pattern appeared in the “New Bitcoin” 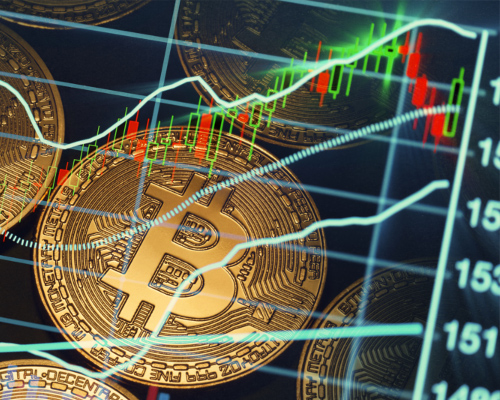 When the J pattern appeared in Bitcoin in late 2015, Bitcoin soared 7,247% in the next 18 months. Today, the same J pattern flashed in a tiny crypto one crypto insider calls the “New Bitcoin”.

And – like Bitcoin in 2015 – this tiny crypto could soar hundreds of percent, if not more, in the coming months. Continue reading here.

So Singles’ Day, in context, was a roaring success. And that was thanks to the continued growth of the country’s middle class.

Singles’ Day highlights that e-commerce is the driving force of China’s consumption boom.

Chinese have embraced online shopping in a way no other country has.

This year, total e-commerce sales are growing at about 29 percent, compared with low single-digit growth rate for traditional retail in China. That means that by the end of this year, e-commerce will make up nearly 25 percent of all retail sales in China.

This compares with the global average of 11.9 percent (and just 10 percent for the U.S.).

One of Southeast Asia’s largest online retailers, Lazada, which is 83 percent owned by Alibaba, started testing the appeal of Singles’ Day in Singapore, Malaysia and the Philippines last year.

As of 9 am on Singles’ Day this year, Lazada’s Philippines operation had already reached 60 percent of its targeted sales volume (double that of last year). This isn’t counted as part of Alibaba’s China figures.

The company hasn’t announced figures yet for Singapore and Malaysia. But Singles’ Day will likely be a big thing in Southeast Asia – which is expected to be one of the fastest-growing e-commerce markets over the next 8 years.

Indonesia (with a population of 264 million) will be the largest, with US$46 billion, according to Statista.com.

This also entails the development of the infrastructure needed to support the e-commerce industry – and all the economic side-benefits that kind of new investment brings.

High-speed mobile internet service, smart warehousing, fast and efficient delivery, easy and cashless payment services will all see growth in this area. And they’ll provide some of the best opportunities for high investment returns in the next five years.